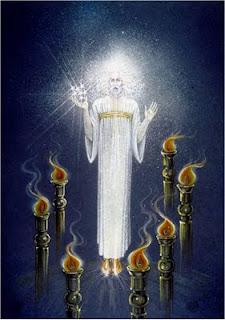 Today I ask you Lord, on this day of prayer that I would be strengthened in my faith and be made more fearless of my belief that You have created all things and that you have sent your son Jesus who is the word that was therein the beginning which was God and was with God. Father Lord strengthen us here and make us prayer warriors and give us the mind to preach your word. And for those who would hear the word, reveal to them the truth.
Posted by Joseph Garofalo Invoice tracking at 1:52 PM No comments:

This is the day that chickens get the respect they deserve. SO please no rubber chickens and no big factories. JUst farm raised, happy, and well fed.
Also no chicken jokes.
Posted by Joseph Garofalo Invoice tracking at 2:40 PM No comments:

Yah Man crack the red stripes. Not really. Long journey and noone thought it possible. He was actually wrong and had it not been for the Carribean Islands he surely would be lost at sea. He went on to become very poor and not so famous dying in Spain in poverty at age 55.
Happy Colmbus Day
Posted by Joseph Garofalo Invoice tracking at 2:24 PM No comments:

James Madison was the Fifth President of the United States.  He served two terms from 1817 to 1825.  He was from Virginia and fought in the Revolutionary War.  He died of Heart Failure and Tuberculosis in New York in 1831.
Posted by Joseph Garofalo Invoice tracking at 1:45 PM No comments: Coretta cott King was born April 27 1927 in Alabama.  Her parents owned a farm and during the great depression she helped to pick cotton.  He owned a barber shop and a lumber mill.  She attended Antioch College and then won a scholarship to The New England Conservatory of Music.  She married Martin Luther King in 1953.  She had a large part in the Civil Rights Movement of the 1950's and 60's and continued to fight for civil rights after Martin's death and even up until her own in the the ear 2006.
Posted by Joseph Garofalo Invoice tracking at 1:23 PM No comments: 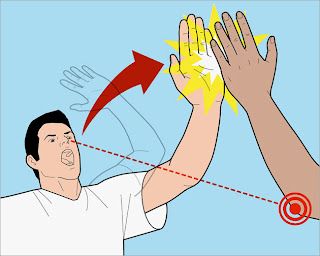 Sleets grew up in Campbellsburg, KY and starred on the basketball team at Eminence High School. When he was young, his father, Lamont Sleets, Sr. would frequently entertain visits from his old army buddies. Sleets Sr. served in Vietnam, in the 1st Battalion, 5th Infantry regiment. "It was the Bobcat division," Mont said, "but my dad and his friends always called it 'The Five.'" Sleets Sr. and his army friends started an informal greeting between them while serving in Vietnam. It consisted of extending their arm straight up in the air with all five fingers parted and saying the name of their division: "Five." Sleets thinks that when he was around 2 or three years old, it was only natural to want to emulate the old army men that gathered in his house. Since it was tough for a youngster to keep track of all the different names of the visitors, the saying of "Five" became young Mont Sleets' universal salutation for his fathers friends. Sleets recalls the story with the weariness of anybody recounting the family stories they heard over and over while growing up, but not without telltale signs of enthusiasm throughout: "They'd walk in the door, and a three year old kid, he doesn't know the difference between all these grown-ups. But they're all sayin' 'Five' with their hand up like this, so I just start saying to them, 'Hi, Five!' like it was their name."

Sleets Sr. and his friends found Mont's desire to emulate them charming and would often kneel down on the ground so little Mont could return the salutation to them as well. Mont would hold his hand up and say "Hi Five!" back. "And when you're a little kid, you're curious," said Sleets. "You see all these old veterans, and their hands are so much bigger than yours, and you want to put your hand up and compare it to them." From there, the gesture simply evolved over time. As Mont got older, he of course learned the proper names of his father's visitors. But his childhood greeting of a hand held high and a "Hi, Five!" had stuck. Though he stopped wanting to compare hands with his dad's friends, teenage Mont remained willing to give their hands a quick tap with his own.
Posted by Joseph Garofalo Invoice tracking at 1:27 PM No comments:

Alopecia areata (AA) is a condition affecting humans, in which hair is lost from some or all areas of the body, usually from the scalp.[1][2] Because it causes bald spots on the scalp, especially in the first stages, it is sometimes called spot baldness. In 1%–2% of cases, the condition can spread to the entire scalp (Alopecia totalis) or to the entire epidermis (Alopecia universalis). Conditions resembling AA, and having a similar cause, occur also in other species.[3]
Posted by Joseph Garofalo Invoice tracking at 1:37 PM No comments: